Suppose you have purchased a new MacBook without buying official accessories, then your external mouse, external keyboard, game handle, mobile hard disk, monitor, or even your iPhone, iPad and iPod, all these devices are unable to achieve synchronous connection, which brings inconvenience to our ordinary work. At this time, we need a Type-C docking station.

So ORICO launched the MacBox docking station, which is an innovative combination of smart charger and powerful docking station, and it can provide your MacBook with abundant power as well as multi-functional data, video and network extensions. 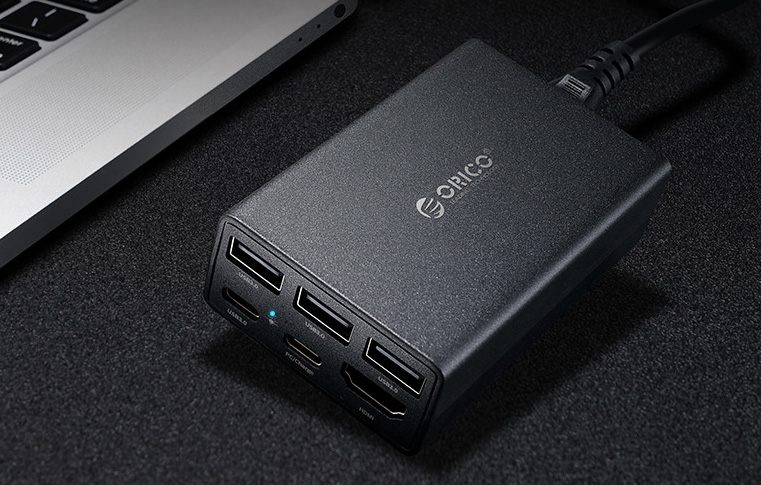 Nowadays, there are more and more electronic devices but fewer interfaces, and sometimes you can't even use a mobile hard disk while charging. ORICO MacBox is a perfect solution to the lack of interfaces, what's special about it is that the interface can be continuously superimposed, continue to extend and charge several devices simultaneously. Meanwhile, MacBox can provide 40W PD power supply, extend 3 USB3.0-A interfaces, and support 5Gbps high-speed data transmission. It can intelligently match charging devices, replace mobile phone, tablet and computer chargers, realize fast charging and make a real portability.

Nowadays, more and more people have strong demand for mobile office, for it enables us to deal with work affairs easily in various environments. MacBox can support HUAWEI mate10/mate10pro and other intelligent projection technology. Connect the phone to the monitor and TV to expand a big screen, and turn it into a computer host. Then, the files in the phone can be directly synchronized to the big screen, allowing you to handle PPT, Word and complex Excel form more clearly. For a business traveler who is often on a short trip, if he can handle almost all of the important documents with only one cell phone, that will be a real burden reduction.

Of course, besides that, the charging problem has also been solved. MacBox can charge the cell phone while projecting large screen, and has a lasting endurance. 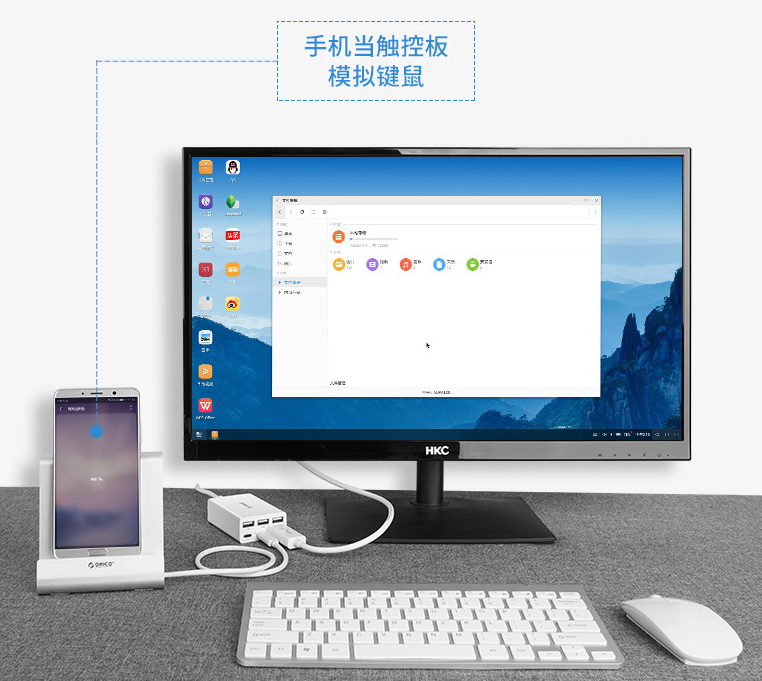 iPhoneX and iPhone8/8Plus have the ability of PD fast charging, and now MacBox enables this function to be easily realized. The Type-C interface supports USB3.0 and reaches up to 5Gbps data transmission, which greatly exceeds the current 480Mbps rate of the USB2.0 interface. More importantly, USB 3.0 can support up to 3A current, it means that the charging speed will also get a leap, bringing users a rapid charging experience.

MacBox supports HDMI 4K interface, which means that if there is a HDMI interface on your TV, you can project the computer screen onto the large-screen TV by using the docking station. No need to set up, simple and convenient, plug and play. 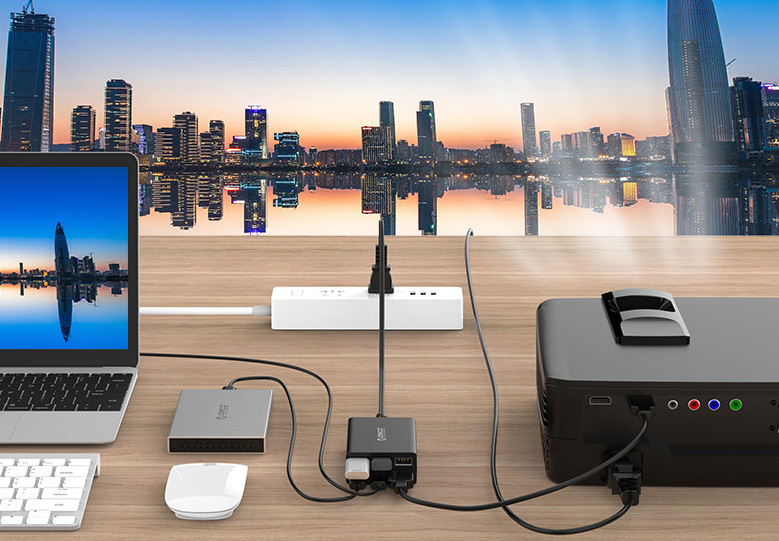 This is also a portable converter designed for lightweight laptops. The MacBox docking station adopts a minimalist style, with micro arc design and a fine-grained surface that does not leave fingerprints, it has high wear and corrosion resistance, compact and exquisite. Although its size is almost as same as Macbook charger, it has a greater capacity for polymerization, and the new circuit design makes it so small but powerful.

In March 29, 2018, the MacBox carried out the first batch of sale in Jingdong crowd-funding, and the mystery of MacBox had also been unveiled at that time. It is believed that ORICO MacBox will be supported and loved by the majority of users after the official launch.