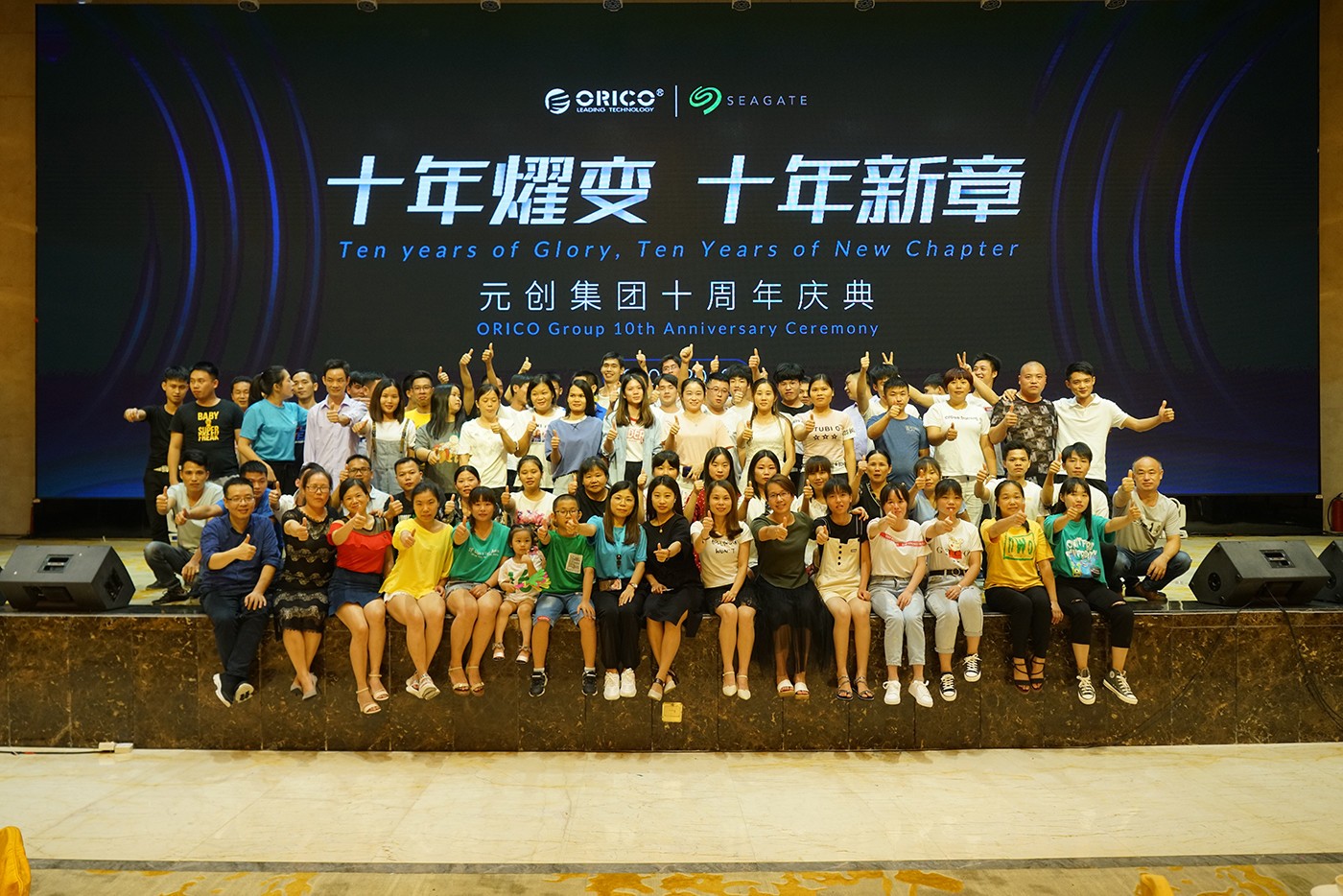 The celebration started with a fiery dance which symbolizes the rebirth, and the celebration was also made more exciting by the opening dance. After the dance, hosts introduced the guests and the groups in Shenzhen, Dongguan and Changsha, and thanks for their coming. 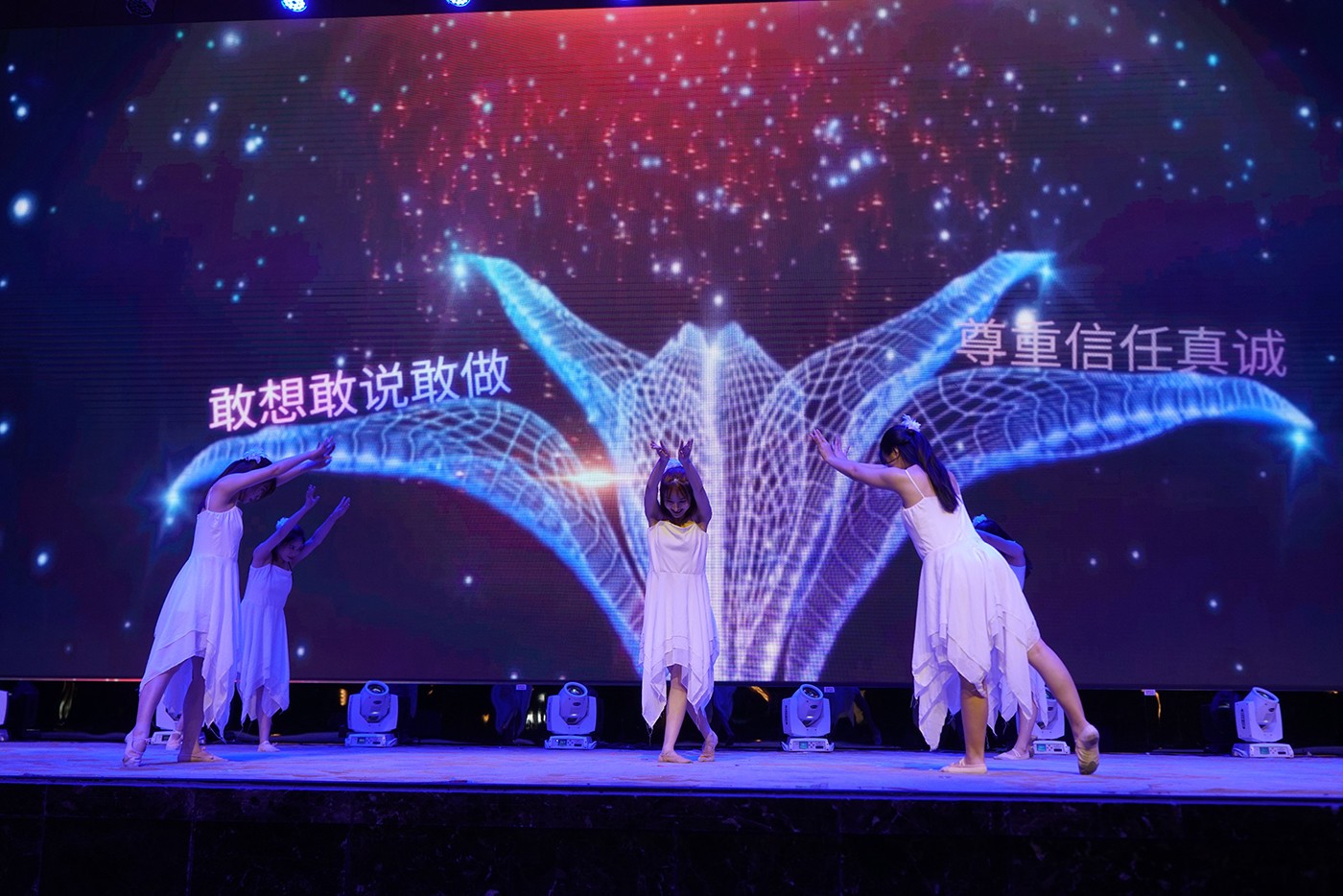 Over the past ten years, ORICO has constantly upgrade and optimize its brand all the way, and shared the video about the brand upgrade with all guests at the 10th anniversary celebration. After playing, Mr. Xu made a speech on ORICO’s ten-year journey, together with more than 800 employees and 300 guests reviewed ORICO's growth in the past ten years, and shared ORICO's future development direction and strategic goals with them all. For the time to come, ORICO hope to keep moving forward with all the supports in the future. After the passionate speech, the performance brought by the Changsha group was: “Your face sound Familiar” which bring a lot of fun to the audiences 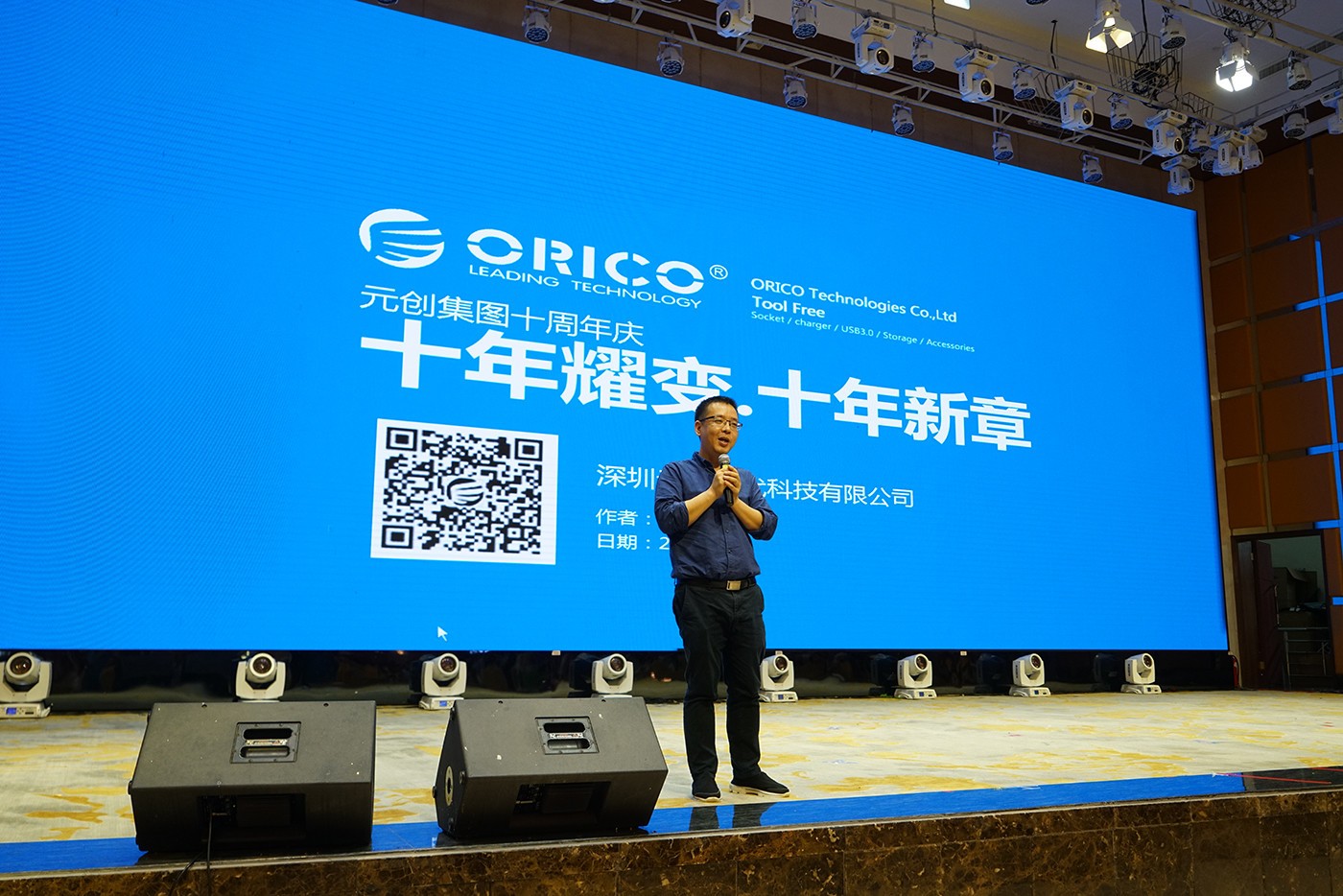 The growth of ORICO is inseparable from the support of distributors, suppliers and other partners. Therefore, after first show, hosts warmly invited domestic and overseas distributors to the stage and received the award, and thanked the partners such as distributors for their contributions and support to the development of ORICO in the last decade. 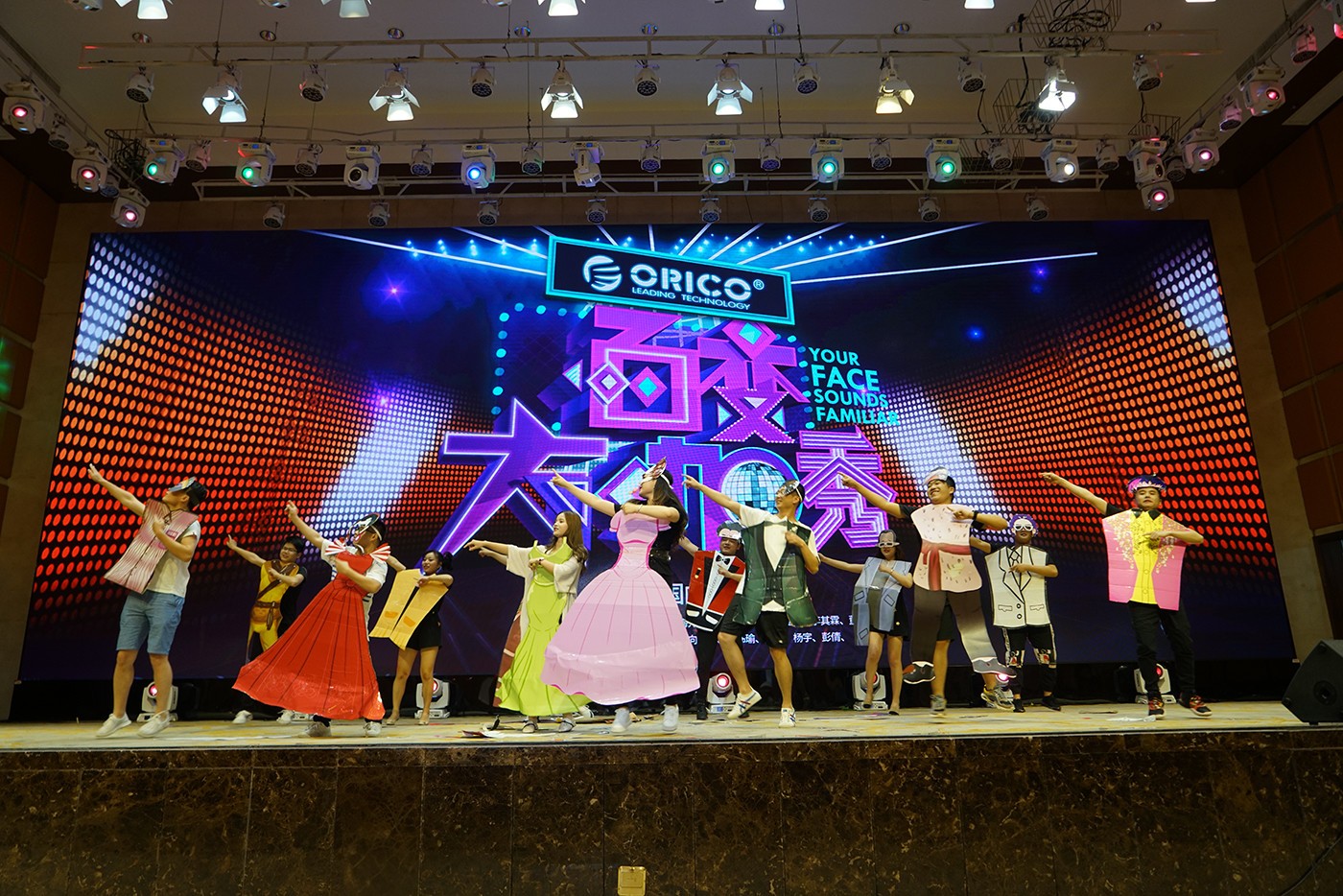 After that, the celebration also prepared a stage play organized by Changsha group: “That’s dope”; dance organized by Changsha marketing department: “Olioli.com”; and another dance organized by ODM and overseas channels groups: “The sound of snow”. In between the programs, ORICO also interspersed several links, such as gratitude to the suppliers, playing the video of ORICO’s baby and inviting those babies to receive awards on stage, playing the interview video of loyal staff, also inviting 5-10 years loyal staff to accept the awards. The content of the celebration activities was substantial, which greatly showing the company's self-organization and cultural concept of “dare to think, dare to say, dare to do”. 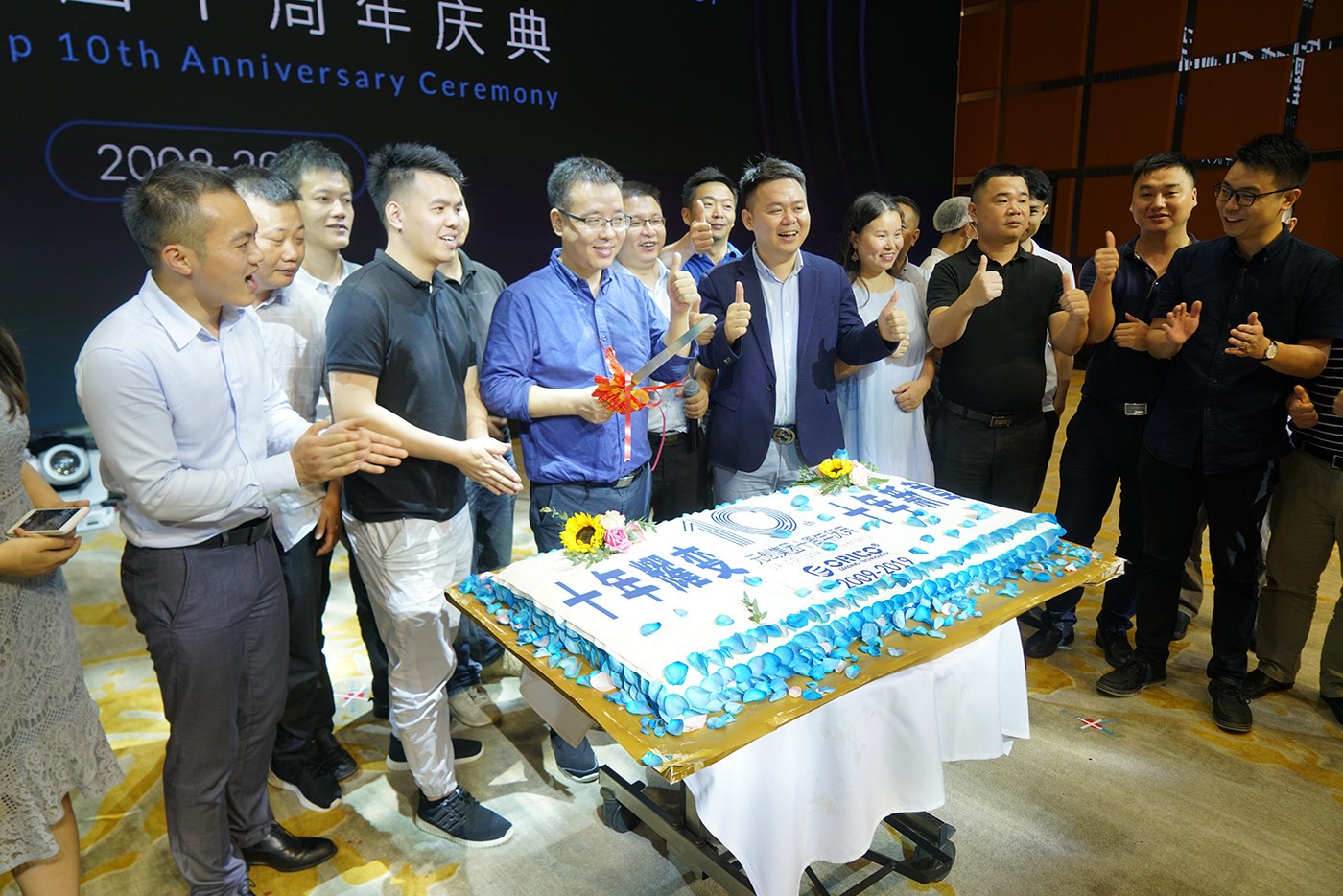 At the end of the celebration, Mr. Xu, together with factory managers and coaches from Shenzhen, Dongguan and Changsha, gave a speech on the stage to thank the 10th anniversary and cut the celebration cake, looking forward to the next decade.