On December 19, 2018, the ORICO Vietnam Customer Conference and the 15th anniversary of ORICO's Vietnam official distributor Viscom kicked off in Ho Chi Minh City, Vietnam. After 15 years of development, Viscom has more than 1,000 dealers in 63 provinces and cities in Vietnam, selling more than 500,000 products. The conference not only included more than 200 outstanding dealers and customer representatives from Vietnam, but also invited Thai and Indonesian agents to communicate and exchange experiences. T

On December 19, 2018, the ORICO Vietnam Customer Conference and the 15th anniversary of ORICO's Vietnam official distributor Viscom kicked off in Ho Chi Minh City, Vietnam. After 15 years of development, Viscom has more than 1,000 dealers in 63 provinces and cities in Vietnam, selling more than 500,000 products. The conference not only included more than 200 outstanding dealers and customer representatives from Vietnam, but also invited Thai and Indonesian agents to communicate and exchange experiences. The conference aims to strengthen the communication between ORICO and local distributors and customers in Vietnam, enhance mutual understanding and trust, reward outstanding dealers, and hope to achieve win-win cooperation and create greater glory in the future. 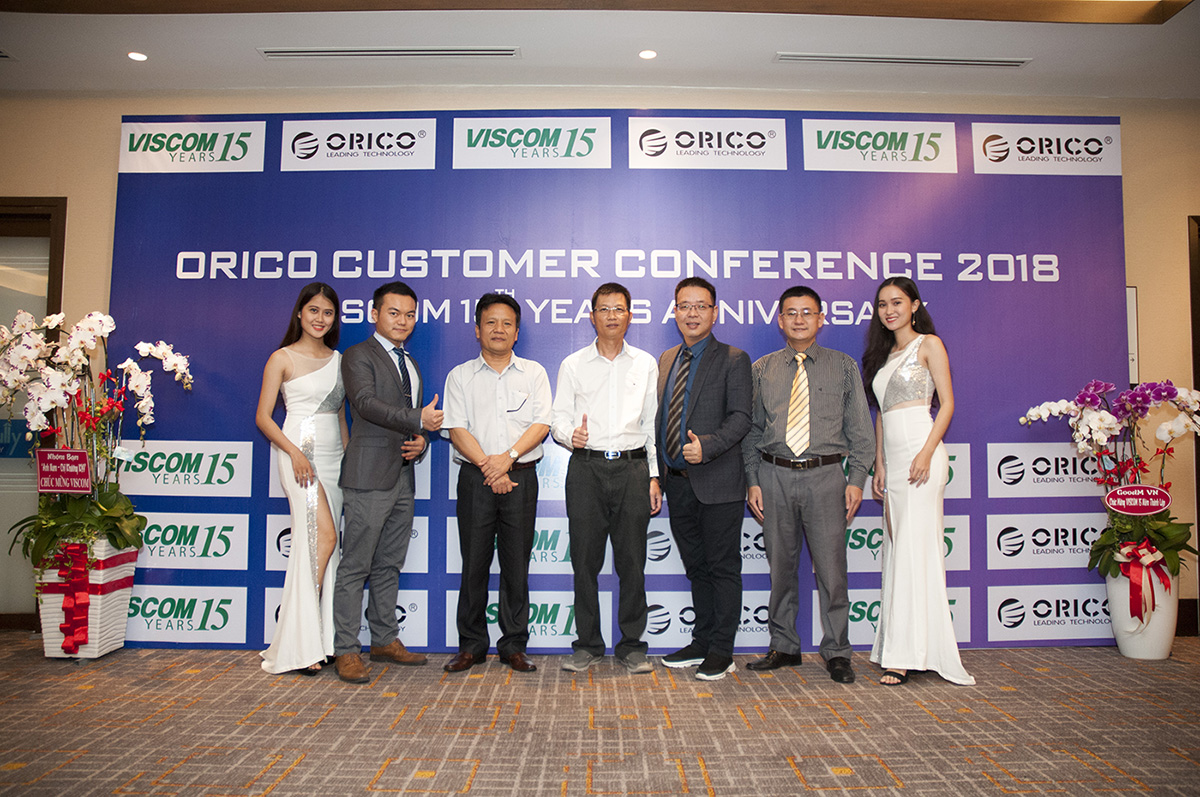 At 18:00 (local time), the conference started. Dealers arrived at the hotel one after another. Mr. Xu Yeyou, chairman and CEO of ORICO, and Mr. Cong, Viscom's CEO, greeted and took photos with major dealers before the backdrop.

At 19:00, with the opening speech of the host, the meeting officially began after a lively opening dance. Viscom's CEO, Mr. Cong, expressed his warm welcome and heartfelt thanks to the arrival and support of major dealers nationwide. The year of 2018 is a year of pioneering. Dealers, as the forefront personnel of product sales and service, are the basis for Viscom to expand its market share. At the same time, I am also very grateful for the quality products and thoughtful service of ORICO. Since the cooperation between Viscom and ORICO, Viscom's profit has also been greatly improved. In the future, Viscom will continue to be the most loyal partner and strong backing of distributors, go hand in hand with everyone, work together, and bring ORICO products to the whole country. 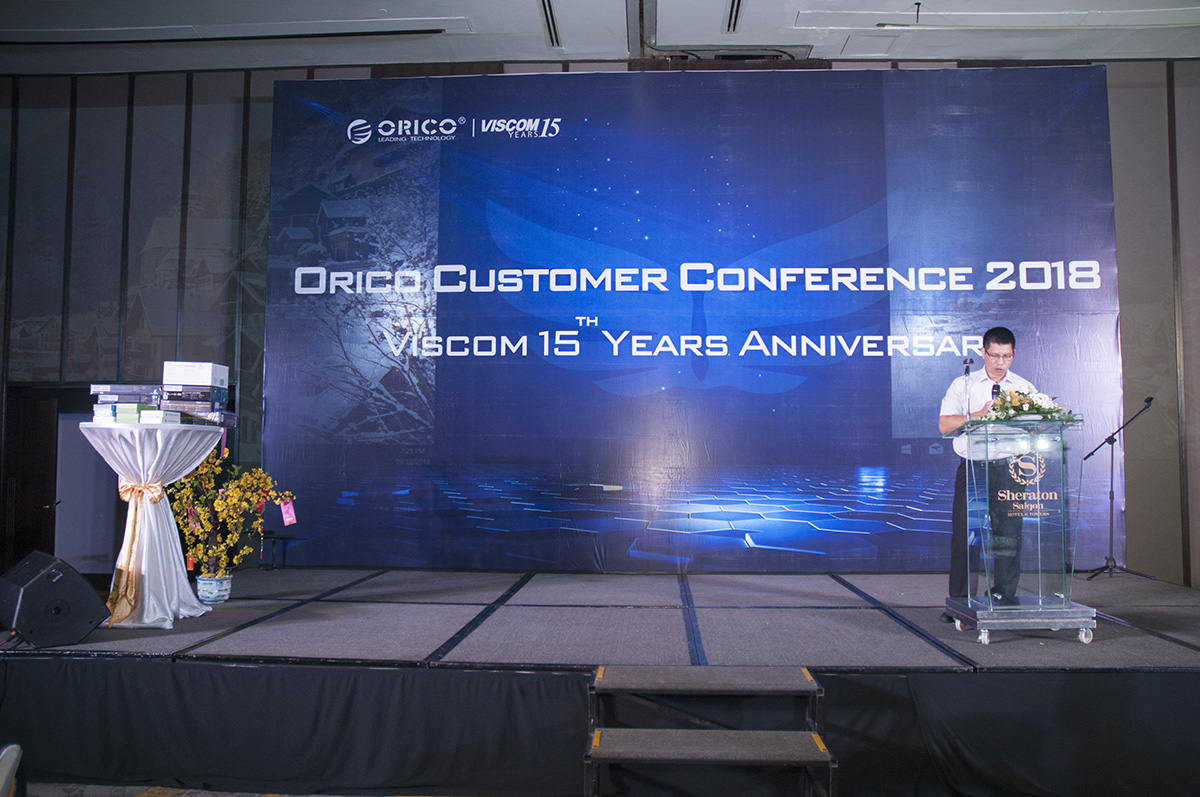 Later, a video of about 2 minutes enabled Vietnamese dealers to better understand the brand and strength of ORICO. A series of ORICO classic products such as transparent series, charging bus and Bluetooth speaker appeared. The video then showed the production process of each product, which is born after research, design, production, testing, etc. Even a small charger and data cable must pass through harsh steps before reaching users. All of these are based on ORICO's continuous exploration and innovation of USB technology, the brand's mission of empowering people to live a better life, and becoming the world's top accessory brand, which has prompted ORICO to be so strict with details. 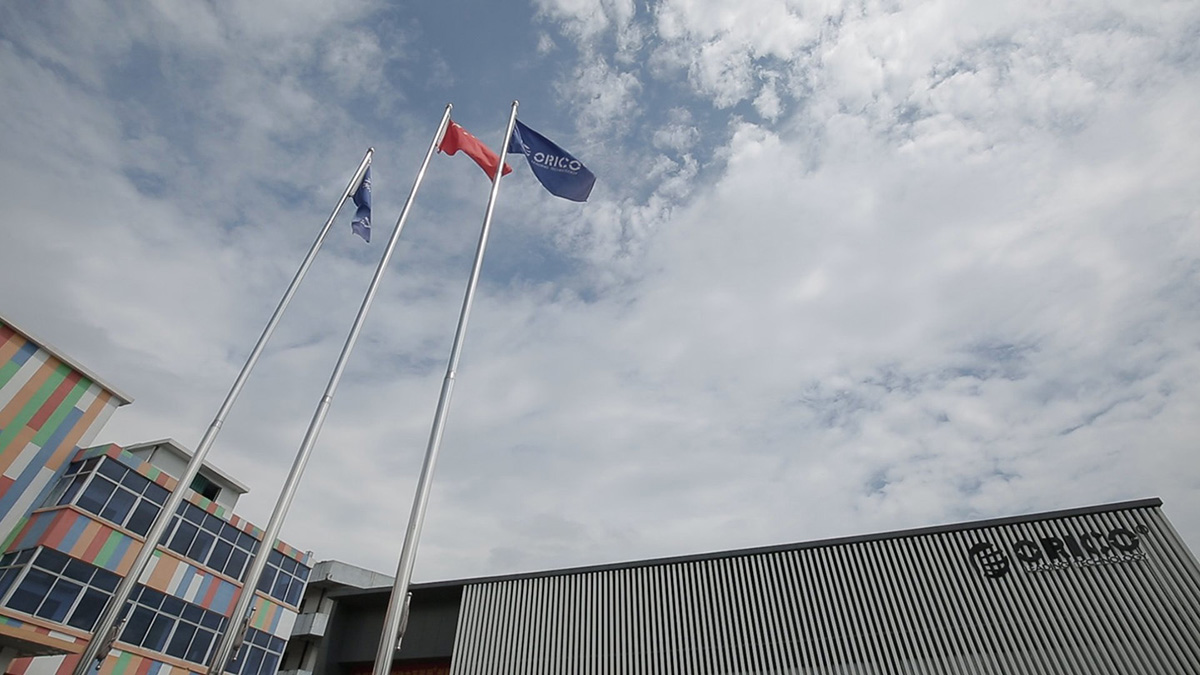 In his speech, Mr. Xu, CEO of ORICO said that most of China's brands are actually pseudo-brands. Their brand ideas directly determine the attributes of product development. Their products are based on existing hot-sell products. They analyze the hot-selling products and "optimize", thus made the brand a follower of the market rather than the leader. ORICO currently employs more than 1,000 people, of which R&D personnel account for nearly 10%, about 159 R&D engineers, and has its own factory, strict quality control system, and continuously innovates around USB data transmission and power delivery technologies. The development strategy must be at the height of the industry, focusing on research and development to carry out category innovation. ORICO always adheres to original design, not public model or OEM. As time goes on, technology and experience continue to accumulate, profits maintain. 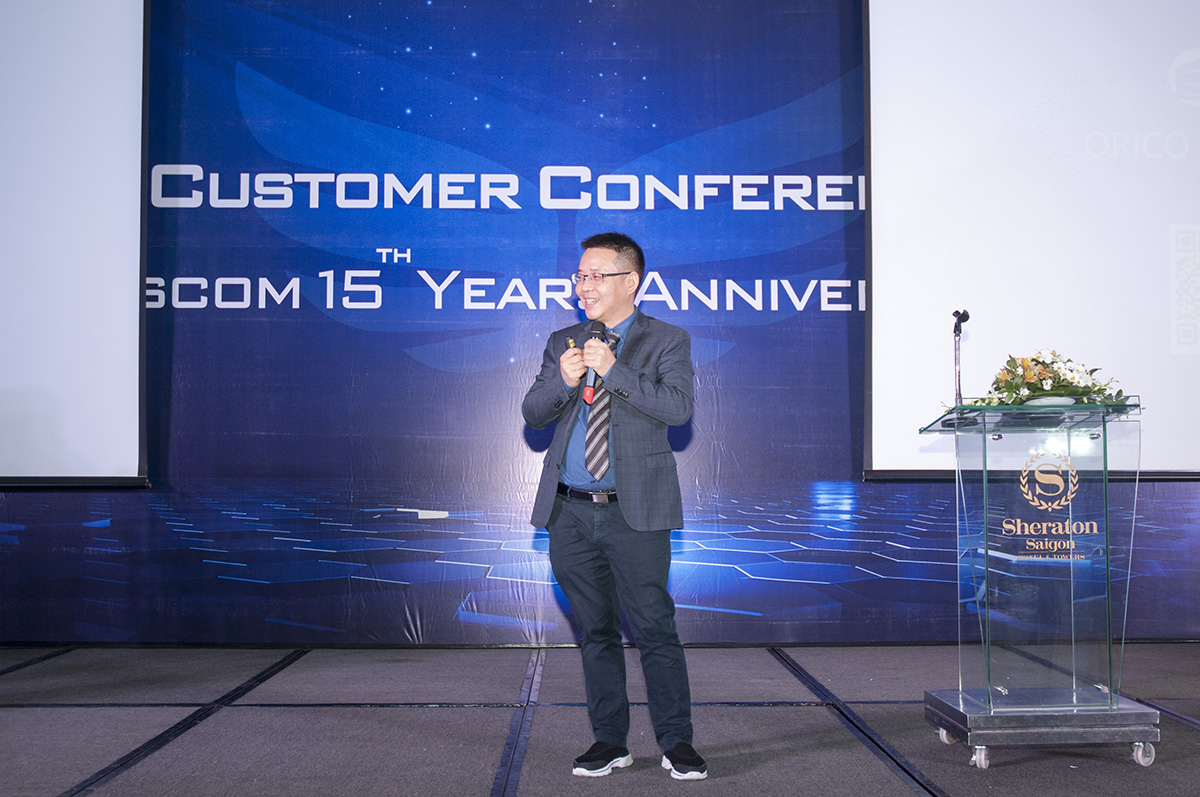 The Thai distributor attended and communicated in the meeting. Looking back at the eight years of cooperation with ORICO, the Thai distributor appreciated ORICO's enthusiastic support, service and professional attitude towards agents. Indonesian agents also shared their industry experience in brand promotion, advertising, and selling in Indonesia. 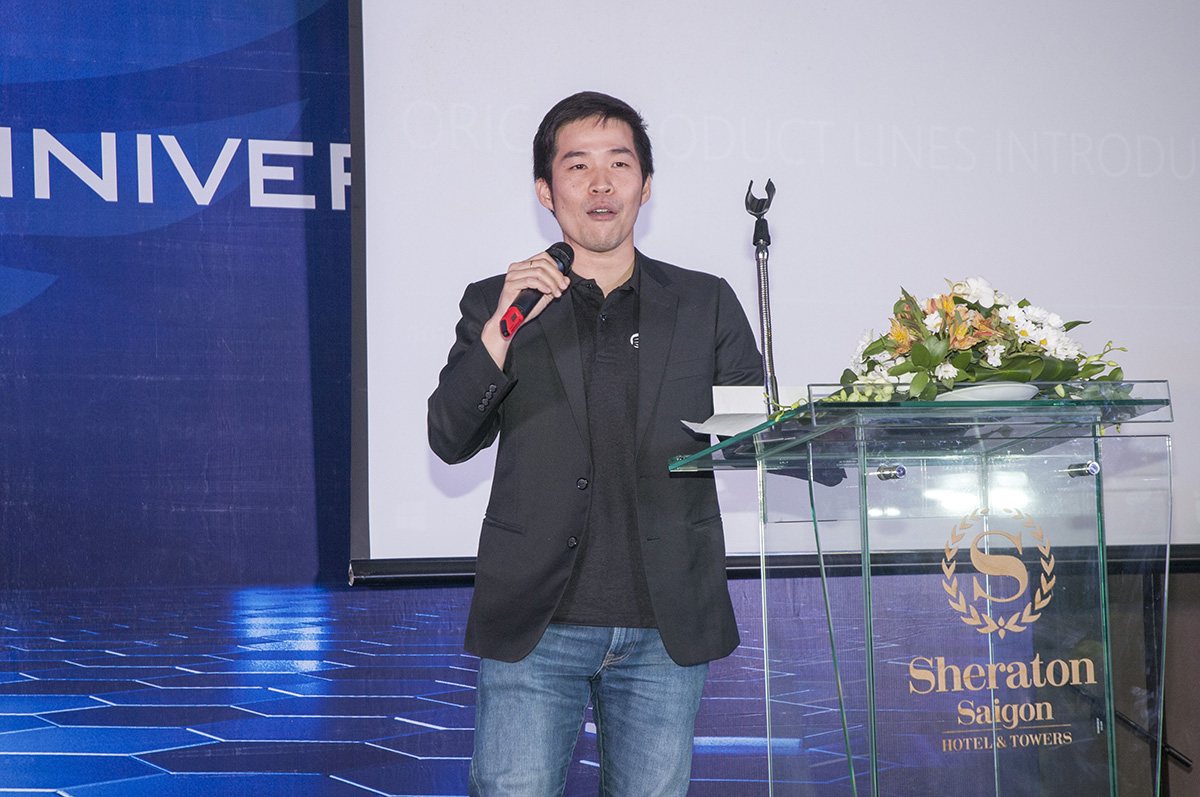 ORICO's overseas growth and development is inseparable from the strong support of dealers, and the glories belong to them. These glories are not only the praise of the dealers, but also the recognition and affirmation. It is also the cornerstone of our journey together. In order to reward agents' contributions in the past year, outstanding distributors were awarded. The award-winner are very grateful to ORICO for the reward and support, and hope to work more closely with ORICO in the future to further enhance brand awareness and improve performance. 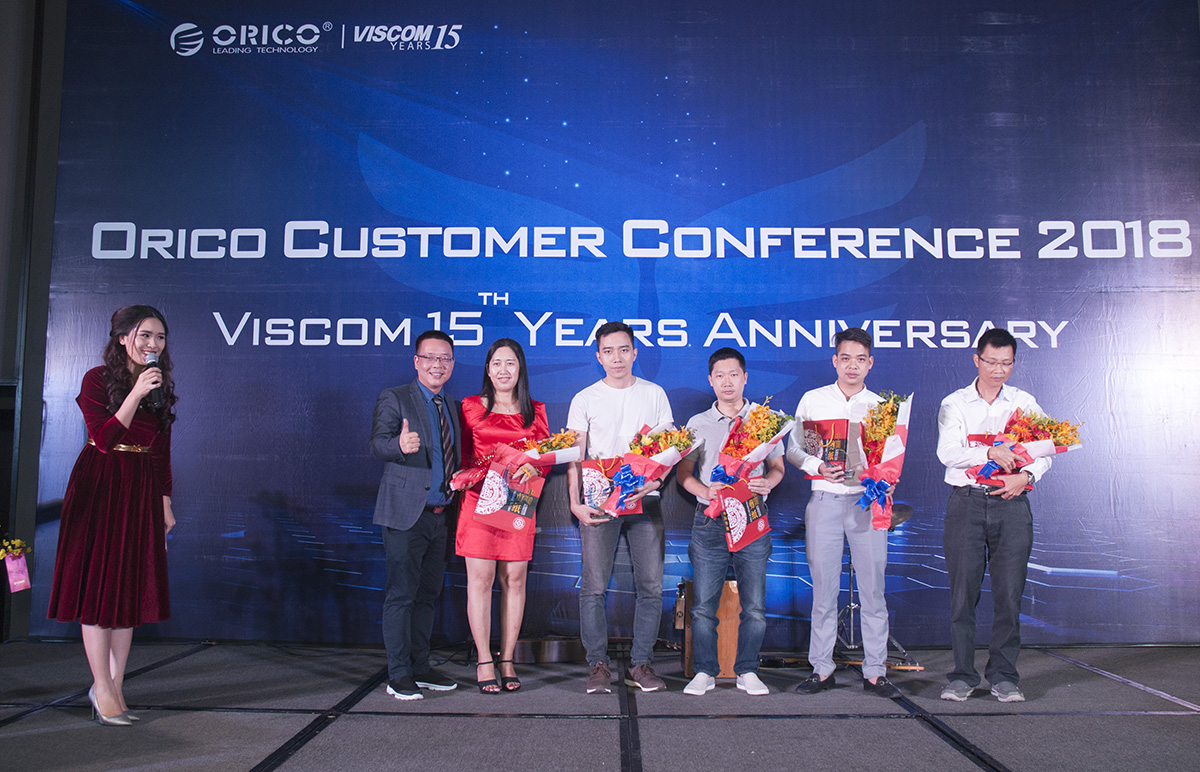 After the awarding ceremony, participants held a toast together. The banquet officially began and reached a climax in the Lucky Draw. 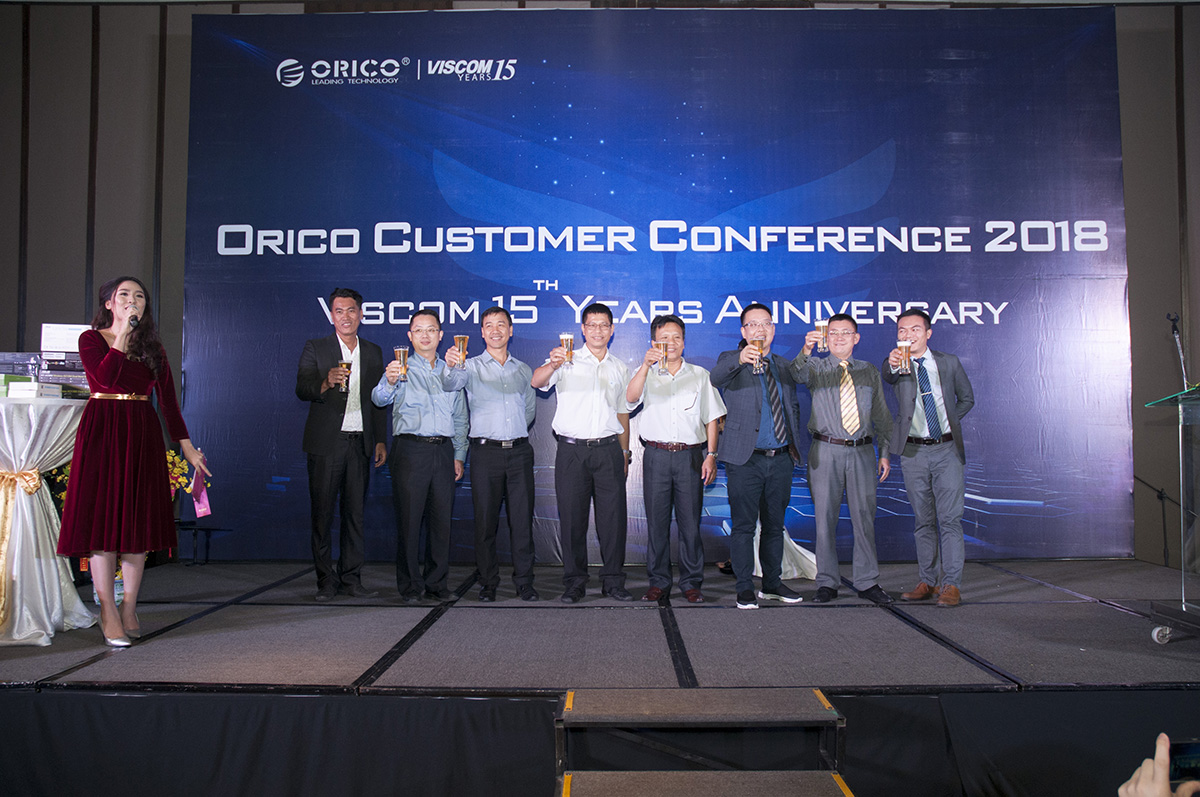 The draw was over and the host announced the end. The conference ended with a warm applause, but our journey has not ended. No matter how unpredictable the industry is, how competitive the business is, ORICO will always cooperate with dealers, abide by the "customer-centric" service concept, face severe challenges of the market, and start a new journey with irresistible force!